I Couldn’t See the Shore 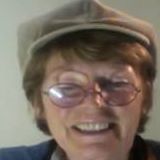 “In 1952, young Florence Chadwick stepped into the waters of the Pacific Ocean off Catalina Island, determined to swim to the shore of mainland California. She had previously been the first woman to swim the English Channel both ways.

The weather was foggy and chilly; she could hardly see the boats accompanying her. After fifteen hours, she asked to be pulled into the boats alongside her. She found out something then that surprised and shocked her…

Two months later, Florence got back in the water to try her task once more. The same thick fog set in. She could see almost nothing.

But this time was different. She swam from Catalina Island to the shore of California in a straight path for twenty six miles.

The first time she discovered that when she was pulled out of the water, the shore was less than half a mile away.

At a news conference the next day she said, “All I could see was the fog.…I think if I could have seen the shore, I would have made it.”

Second try: The same thick fog set in, but Florence made it because – she said – that while she swam, she kept a mental image of the shoreline in her mind.

“I think if I could have seen the shore, I would have made it.”

Can you see your shore in your mind?

PS – Your “shore” might be just one step along the way to that bigger shore.