An optional description where you can introduce yourself and your related expertise for what you are selling.

Get a free sample of our product

What Can the Shrink of MLM Do For You?

Can You Make Money in This?

Bring Your Courage to This Exercise…

What a Cool Story!! 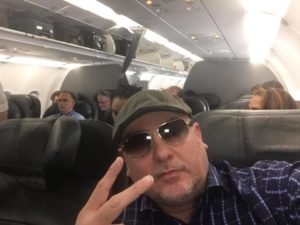 “I give up my first class seat from El Paso to Dallas (the first leg of my flight to Orlando) to an Army serviceman in uniform. He’s on his way home to Pennsylvania due to a death in the family and he said no one had ever done that for him in his 13 years in the military. I told him our nation’s heroes belong up in First Class. 🙌🏼🇺🇸 I switch seats with him somewhere in the back of the plane and end up sitting next to WWE superstar wrestler Sin Cara.  We start talking about wrestling and he starts showing me super awesome videos and pictures of him and other wrestling greats like The Rock, John Cena, Rey Mysterio, Hacksaw Jim Duggan, and the list goes on. He was on his way to Mexico City to a funeral. He asks me what I did for a living and I said “what I want, when I want, with whom I want” and tell him a little about what I do. He replies “I like the way that sounds. How do I get in on that?” We exchanged info and agreed to meet when I got back into town. I give up my bad ass First Class seat to a soldier and God rewards me by sitting me next to an absolute badass who is looking for opportunities. I’m telling you, God works in the most mysterious ways. 🙏🏼☝🏼” ~ Lloyd Williams https://www.facebook.com/lloyd.williams.754?lst=763803883%3A100000273788191%3A1535048852

What Can the Shrink of MLM Do For You?